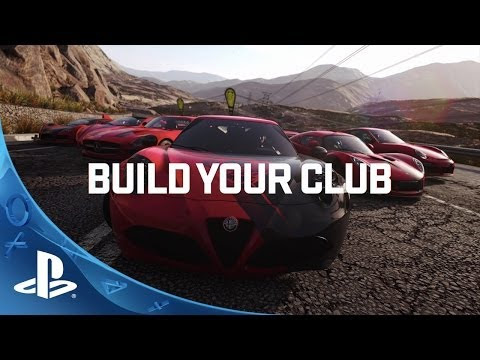 DRIVECLUB is about teamwork; it's about everyone fighting for one another and earning rewards together - and most importantly it's about sharing in the excitement of every race.

Build your Club, Share Rewards, Customise Challenges and Form Rivalries. This is how your unique DRIVECLUB experience could play out - and it starts on October 7th, 2014.

Get a head start and outshine your rivals by keeping up-to-date with all the latest news from the track: