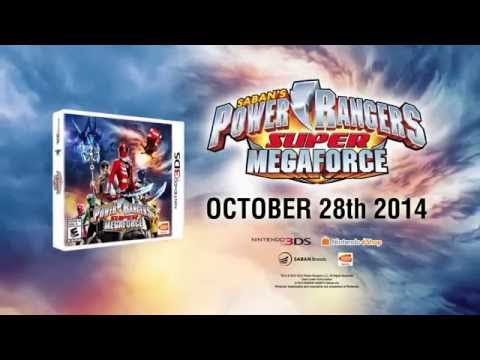 Power Rangers Super Megaforce will be available 10.28.14 for the Nintendo 3DS!

GO, GO, SUPER MEGAFORCE!
The Ruthless Prince Vekar has arrived with his massive alien Armada to conquer the Earth. To face this new evil threat, the MEGAFORCE RANGERS utilize special Morphers and Keys, which allow them to morph into the SUPER MEGAFORCE RANGERS! Using these special Keys, you’ll have the incredible ability to play as Legendary Rangers from the past, gaining access to their amazing powers and weapons. Can you channel your inner Super Megaforce to stop the evil Prince Vekar once and for all?
Features:
• Defeat enemies with intense, hard-hitting martial arts action
• Engage in epic, super-sized Zord battles
• 30 playable characters featuring an all-star lineup from the hit live-action television series
• Scan POWER RANGERS SUPER MEGAFORCE Ranger Keys to unlock power-ups and play as legendary Red Rangers
from the past
• Play as ALL of the Legendary Mighty Morphin Power Rangers!